Many of my friends know about my love of vintage and in particular my love for fine china. So when a friend of mine was asked to declutter a home filled with vintage teacups, according to her, she immediately thought of me. The offer was to help her client declutter he vast collection, via a private sale. I would have free reign of the house, making it a low risk transaction. Of course I would be wearing mask and gloves as I explored those pretty little things.

As predicted from the initial photos, there was more than I could ever imagine. Five hutches in total. Each filled to the brim with beautiful china and glassware. A large assortment of flatware in gold, silverplate and sterling did not disappoint. It was hard to choose, but in the end I left with two large shopping bags and a vintage chinoiserie style table. I know, I know… I didn’t go there for furniture, but it is a gorgeous piece.

I left the items in quarantine, for two weeks in the garage. I washed all but the very delicate pieces in my dishwasher on a sanitize setting, taking them out before they were heat dried. It was very difficult to decide which pieces to keep and which would eventually feature in the store. I already have quite the collection in my hutch. One day, I’ll take you for a little tour, I promise.

So when opportunity knocks, I definitely answer with a YES ! I’ll be sharing some of my favorites next week.

According to CheapOldHouses post, The Innocence Project charity has been doing work for years to curb systemic racism by using DNA evidence. You can also now watch The Innocence Files streaming on Netflix.

Keeping track of time seems pretty elusive these last few weeks. Now in week 8 (May 2020) of quarantine here in New England, true signs of Spring are finally on the horizon. I find that despite everything going on in the world, somehow I am channelling the renewing energy of the season. END_OF_DOCUMENT_TOKEN_TO_BE_REPLACED 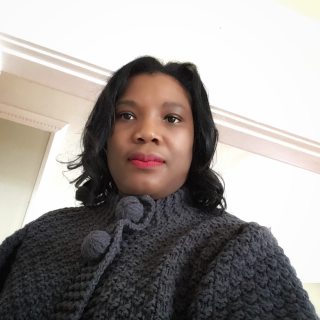